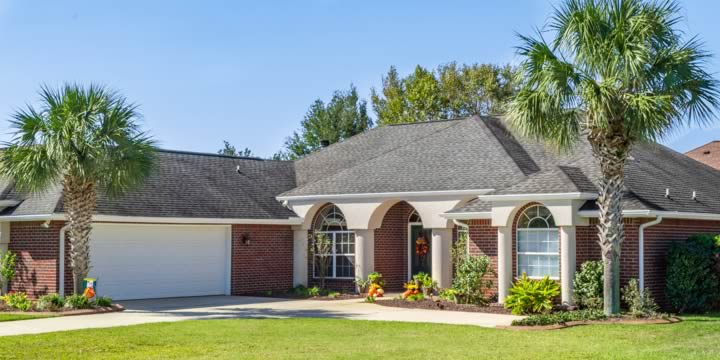 Navarre, FL is an unincorporated community in Santa Rosa County that has a colorful history (as does most of Florida) and named after a province in Spain, also called Navarre.

It began with a large land purchase by Guy Wyman, a WWI US Army colonel who fell in love with a French nurse and "adopted" her because US immigration law forbade him to bring her home as his wife. He was forced to sell most of his land during the depression because he could not pay the taxes. The town and Navarre Park resulted from the sales of his property.

Navarre is a top Florida School District and is one of the fastest growing unincorporated cities in the state. The population increased from nearly 21,000 full-time residents in 2000 to 30,000 in 2005, and homes went from just over 5000 to 7947 during those five years. Tourism is an increasing commodity, and the community boasts a recreational park, boardwalk, water park, duck pond, and a butterfly house. It is also near the two military bases in the area, NAS Pensacola, Hurlbert Field, and Eglin Air Force Base.

Santa Rosa County administers the schools in Navarre, which includes two primaries, two middle intermediates, two middle schools, and a high school. Navarre is a quiet and beautiful place to live that offers a perfect area to raise a family. 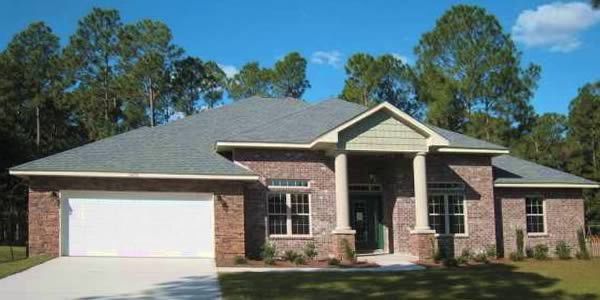 Most Homes sold in Navarre over the past twenty years were in Holley by the Sea, the largest subdivision in Florida. Homes in this subdivision and its adjacent golf community, Hidden Creek, are much in demand because these subdivisions are well maintained and offer lots of amenities through its homeowner's association.

Two upscale communities you may want to consider are Hidden Creek and North Shore, while if you are looking for homes in a private gated community, Heritage Park and La Fontaine are a good choice.

View homes for sale by price:

If you are looking to purchase a home that is a great place to raise a family in a peaceful, low-crime city, let us show you around the available homes for sale in Navarre.

Come check out this gorgeous three bedroom, two bath home moments from the beautiful Navarre Beach. As you enter the home, you are greeted by a large open-concept living ...

Rich with interior and exterior features! Presenting this distinctive nearly new craftsman-style home in the Holley by the Sea. A breezy front porch is a structural hello...

Rich with interior and exterior features! Presenting this distinctive nearly new craftsman-style home in the Holley by the Sea. A breezy front porch is a structural hello...

This gorgeous 3BD/2BA home is conveniently located in the heart of Navarre in Marion Manor subdivision. This all brick home is within walking distance to local schools, ...

This gorgeous 3BD/2BA home is conveniently located in the heart of Navarre. This all brick home has a NEW ROOF, windows, and HWH. Hurricane panels will give you peace of...

Enjoy this new townhouse in the beautiful community of Hidden Bay Village off of East Bay Boulevard. This home offers 3 bathrooms on the second floor as well as two full ...

This conveniently located property is close to HWY 87 and HWY 98, where fun and shopping are just around the corner. A big yard with a new shed and a covered back porch c...

This home has had many upgrades! Nice corner lot with room for a boat, RV, etc. This home has been well cared for / owner lived there part time. Upgrades include: New r...